We are born, we reproduce, we die. That is the cycle of our lives and of everything around us. It is also the cycle of Lobesia botrana, commonly known as the European grapevine moth. But it is that second stage, reproduction, which preys on the mind of thousands of winegrowers every year. Want to know why? Here’s the story!

After a long winter comes spring, and with it the male Lobesia botrana takes wing. As we all know, spring makes the sap rise, and it is the same for the grapevine moth.

Madly drawn to the female of the species, the male grapevine moth goes looking for a mate to impregnate before he dies. But, as the poet said, the course of true love never did run smooth, and nowadays he is condemned to abject failure. Why? So that we can continue to enjoy one of our greatest pleasures: wine.

That’s right. Preventing Lobesia botrana from reproducing will stop it from marauding gaily about the vines, laying eggs or damaging the berries, which end up being rot hotspots.

In a nutshell: if the male Lobesia botrana impregnates the female, new grapevine moth larvae (true to their name) are born and proceed to devastate great swathes of vineyard.

So, is there a solution? Yes, there is.

The sexual confusion of the grapevine moth

Today, at Grupo Coviñas, we want to tell you about the “sexual confusion of the grapevine moth”.

No doubt many of you are wondering what that means. Well, it’s all about making the male Lobesia botrana believe that there are females nearby when there aren’t.

To do this requires synthesized pheromone diffusers, a method of biotechnology control governed by Royal Decree 1311/2012 for the management of pests that does not involve the use of insecticides. Let’s see how it works.

In the image above is a diffuser of female grapevine moth pheromones. Its job is to continuously emit pheromones to create a cloak that envelops the vineyard and confuses the male grapevine moth, which can no longer find any females. Why not? Because it thinks it is surrounded by so many that it can’t spot those that are really there.

Do you remember those halls of mirrors where you can’t tell where someone really is? Well, the pheromone diffusor does just that.

That is the wonder of pheromone diffusers

Before getting into the benefits of having this system to hand, it is worth making an important point: it needs to be installed after the vines have been pruned but before the male Lobesia botrana takes to the air. In general, it is best to time it for April, though in some areas it can be the end of March.

Once the timing has been decided upon, these are the benefits:

So, as you can see, it’s not only an incredibly easy system to put in place, it is also environmentally friendly.

It has been proving its effectiveness year on year since its first introduction, but cumulatively on the second and third generations of the moth. And, by the fourth year of treatment, there is no trace of damage. That’s why it needs doing every year.

Additionally, to keep an eye on the pest, we deploy delta traps like those below, which also contain female pheromones, and carry out weekly counts of the numbers trapped to check how we’re doing.

How should the diffusers be placed to eliminate grapevine moth?

The most important thing is to follow the instruction of the pheromone diffuser manufacturer to ensure their efficacy in the fight against Lobesia botrana.

As well as this, it is important to carry out periodic monitoring to keep an eye on how things are going and make changes if reinforcements are needed.

At Grupo Coviñas we have been using this method of grapevine moth pest control for many years, to enable us to continue bringing you the best D.O. Utiel-Requena wines.

If you want to find out about other innovative techniques that we use at Grupo Coviñas, take a look at this post where we tell you how we sanitize the casks to remove a range of different microorganisms. Similarly, you can read this post about our vineyards, where you can discover all about where the most important wines of our region come from. 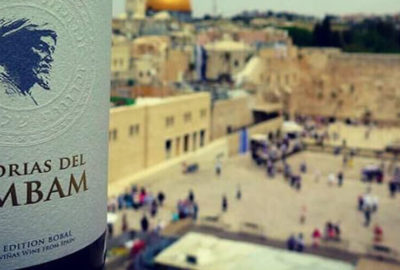 Kosher wine: what is it and how is it made?

If you are reading this post, then today is one of those days when you learn something…

We all like to enjoy a nice glass of wine, whether with friends, family, our partner or even alone in those precious moments we have all to ourselves. But, I wonder if you’ve ever noticed that the same wine does not always have quite the same taste. The thing is, there are many factors that influence the taste of wine, such as the types of glasses we use to drink it from, what we have it with or our state of mind when drinking it.

Tannins in wine, 5 things you didn’t know about them

It’s more than likely that, either at wine tastings or just having a drink with friends, you’ll have come across people saying “this wine has got a lot of tannins” or “the tannins in this wine are well integrated”; and it’s possible that you had no idea what they were talking about. If you don’t want the expression “tannins in wine” to continue being all Greek to you, then carry on reading because at Grupo Coviñas we’re here to explain it all to you! 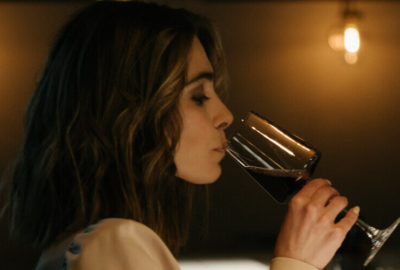 Neither too hot nor too cold. Do you know the right temperature for red wine?

Hot days are around the corner, a time when when people like a cold drink, maybe a refreshing white wine, but what about red wine drinkers? Things are trickier for us. What temperature do we keep red wine at? Do we leave it at room temperature, even though it’s high summer? What can we do to cool it down?

Our wines rated by the Sobrelias.com wine guide

Sobrelias.com has included several Grupo Coviñas wines in its online wine guide. This magazine is aimed at the wine tourism sector and has tasted and scored several of our Aula wines, as well as our Veterum Vitium and Enterizo Reserva 2015, and we couldn’t be prouder of their scores! Do you want to know how Sobrelias.com rates our wines? Find out by reading this post!